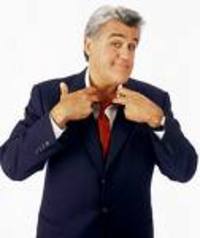 A few years ago, I read a story in Fortune Magazine about Jay Leno. The article was so good, I wanted to share it with you. Click here for the article.

1. Funny is money. Now, I’m not the best at this myself. But, you should try to make it fun for your prospects and clients to work with you. Have entertaining stories, joke around with them and have a good time. Every single time, I meet with my mentor, Dan Kennedy, he tells me funny jokes and/or stories. Dan Kennedy works to have funny stories. We should too. In my Renegade Millionaire Strategies for Real Estate Agents, I wrote a chapter titled, "How to Profit from Your Newsletter." You might notice a few similarities from my chapter to this lesson on success.

2. Don’t listen to people who tell you that you can’t do something. One of NBC’s casting directors told Jay that his face would scare small children. He didn’t listen. He kept working and won over his audience. What are people telling you about selling homes in today’s down market? Don’t listen to them. Keep focused. Work a little bit harder. You’ll eventually win too!

3. He consistently does a little more each and every day than his competition. "Jay just put his head down and wrote three more jokes every night… His talent was that he was willing to work long hard hours at it." Do you do a little more each day than your competition to market your business? I’m usually up working each morning by 4:30 am. I’m working on marketing, newsletters and more. Imagine what would happen to your business if you spent three hours every morning marketing your business?

4. He is constantly surveying his prospects to find out what they want. Jay runs a side business doing stand-up comedy. He uses his side business to test material for the Tonight show. If jokes get laughs in his stand-up, he then uses them in his opening monologue. In addition, his side job allows him to watch his popularity level. If he is selling out his stand up performances, it’s a sign that he is doing everything right on the show. Likewise, if the attendance at his stand-up performances slips, he instantly knows something is wrong on the show. Jay Leno is a marketer. He is constantly testing and gauging his audience. He uses his stand-up performances as an opportunity to survey the market. He adjusts based upon survey results. Are you surveying your target prospects? What do they want? Do you know? Does your marketing reflect what your prospects want?

5. Grades don’t matter. He struggled in school bringing home C’s. He simply decided to work harder than everyone else. He said, "…my attitude is, sooner or later, the other guy is going to have to eat, drink, go to the bathroom,…take a vacation, and that’s when I catch him…Once he was home working on the next day’s monologue, he flipped on the TV and saw a rival talk show host at a Laker’s game. "Gotha," he thought. "I’m working. You’re playing." Are you working while your competition is playing? I am.

6. He always gives more than he receives. NBC executives feel that Jay’s value to the network is tremendous. He is a team player and is easy to work with. Do you give your clients more value than they are paying for? If so, you’re headed in the right direction.

7. He treats his staff very well. He calls his business a family. He said, "You pay people right, you treat them right, you get a good product." I agree 100%. I have always been very generous with my team members. Do you view your team members as your clients? You should.

8. He stays focused and clear headed. Jay doesn’t drink alcohol or do drugs. I used to go to happy hour a few times a week with one of my agents. We had a lot of fun, but we didn’t sell any homes. I finally stopped drinking and began to focus the time saved on marketing. Business exploded. If you study wealthy people, you’ll find that a significant percentage of them don’t drink. The increase in productivity is profound. Something to think about….