When we hear the word “lazy,” we automatically think of unproductive people. Well, I think money can also be lazy, too.

Lazy money is unproductive money. Unproductive money is money you have invested that is earning below average returns for you. It’s kind of like having an employee that doesn’t do their job. They just sit around on Facebook and you don’t get much benefit from their service.

Here’s the thing about lazy money…. 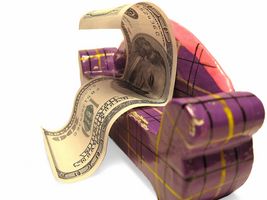 Crazy as it sounds, most people don’t think about money this way. They head off to work day-after-day while their money just sits around on it’s ass. They work while their money sleeps. Shouldn’t it be the other way around?

Shouldn’t we be sleeping while our money heads off to work for us?

Fred Flabeats has $500,000 saved in his retirement account. This money is invested in various mutual funds providing an average annual income of 2% in interest and dividends. Fred’s money brings in $10,000 a year on top of what he makes at his job.

Joe BagAdonuts has $300,000 invested in income properties. These properties provide an average annual return of 15% in net rental income. Joe’s money brings in $45,000 a year on top of what he makes at his job. Wait a second… it turns out Joe doesn’t have a real job. This is because he is comfortable with $45,000 in annual income. He sleeps while his money works.

Joe’s money brings home an extra $35,000 a year when compared to Fred’s money. Over a period of 5 years, this amounts to an extra $175,000 of income and the last time I checked, you can actually eat income.

More importantly, Joe has $200,000 less invested than Fred. Think about how many more hours Fred had to work to accumulate the additional $200,000 in retirement savings. If he saves $20,000 a year, this is an extra 10 years of working full time.

Now, for a little test.

Which of the following five statements are true?

1. Fred’s investments are 100% passive. He doesn’t have do anything to manage his money. He leaves his money management to the financial companies who make a boatload off of him with each passing decade. This is all because Fred doesn’t want to bothered with managing rental properties. Who wants to deal with clogged toilets?

2. Joe’s investments are 100% active. He has to collect rents, handle repairs, and rent vacant units. His money is not managed by financial companies adding to his overall return, as he saves on management costs. Joe doesn’t mind managing rental properties because they’ve provided freedom from work. Joe just calls a plumber when a tenant has a clogged toilet. No biggie.

3. Fred chooses to work 40+ hours a week instead of managing his own money.

4. Joe chooses to manage his own money instead of working 40+ hours a week.

6. Fred cannot quit working even though he has $500,000 saved because his savings only generate $10,000 a year, which is significantly less than his annual living expenses.

How Many Passive Income Streams Does Your Kid Have?

How Many Passive Income Streams Does Your Kid Have?

Flipping Homes Vs. Renting Homes… Which is Better?

Flipping Homes Vs. Renting Homes… Which is Better?

How Many “Mortgage-Free” Homes Is Required for Financial Freedom?

How Many “Mortgage-Free” Homes Is Required for Financial Freedom?